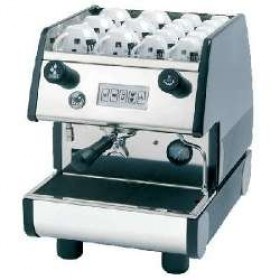 Volumetric electronic dosingLa Pavoni one the oldest Italian espresso machine manufacturers established in 1905 is pleased to introduce their newest line of NSF-CSA certified commercial espresso machines. These are the only models sold in the U.S. to carry both these U.S and Canadian certifications. The PUB units are equipped with the latest technology such as thermal stability to the coffee groups which ensure a constant temperature and pre-infusion of the coffee grounds which allows for consistent balanced shots of coffee.

Additional features such as a water softner are standard equipment on all la Pavoni models.An espresso machine is your companies most important purchase don't be fooled by others claiming to have NSF ask for the certification listing. A quality built machine such a la Pavoni features brand name components such as Parker solenoids Sirai pressurstats and Procon motors with NSF marking. La Pavoni is imported and serviced by European Gift Houseware since 1987 We offer one of the longest warranties in the industry backed by a nationwide service network of dealers. Electronic programmable dosing espresso machine with digital control pad and microprocessor.

The large 6.5 liter boiler (largest in the industry) requires only 1500 watts and 120 volts making it efficient to set-up and maintain.